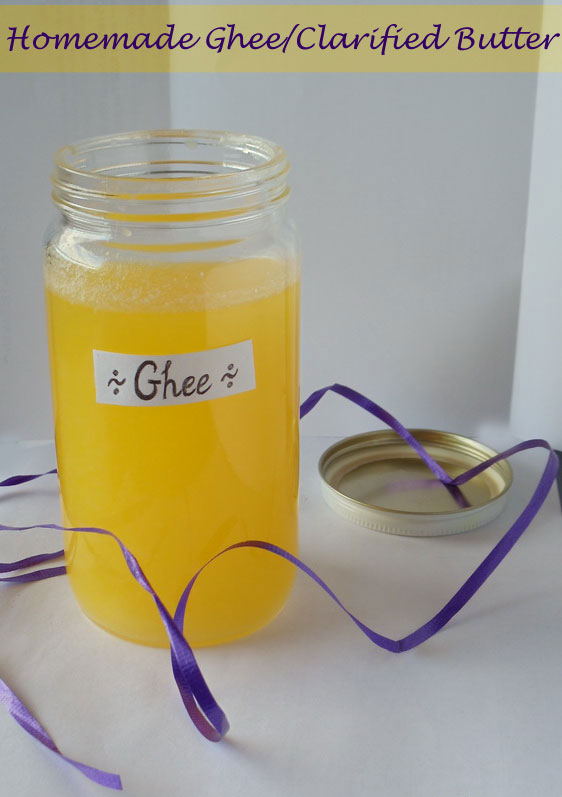 Traditionally Ghee or clarified butter is made from cow’s (indigenous breed) milk. Known by names like go-ghrut, ghee, ghi etc it is an integral part of Vedic and Modern Hindu religious customs like Yagna sacrifices (Homam), marriages, observance of ritualistic devotional services to Lord Krishna and other Indian festivals Ghee is used as Panchamrut along with four other sacred ingredients like sugar, honey, go-dadhi (curd from cow’s milk). It makes an essential part of all Indian and South Asian cuisine without which the food lack added richness and nutrition as the belief system prevails.

Ayurveda considers Ghee to be sattvik when used as food and thus it also serves as the main constituent of many Ayurvedic medicines.

Ghee does not contain any trans fats as present in vanaspati–ghee and therefore referred to as Desi Ghee or asli ghee (real or genuine ghee) to distinguish it from trans fats that are generally the cause of chronic cardiovascular disease. The term shuddha ghee is often misused by the traders of vanaspati ghee or partially hydrogenated fats to promote their product due to no enforcement of strict and stringent laws in many regions.

Now let’s take a quick look at the methods that are commonly followed to prepare Ghee (so called ghee as the methods other than described in Vedic literature yield only butter oil and not ghee; in absence of real knowledge of facts) in general-

How to Make Ghee (Clarified Butter)

The best and ideal method to prepare Ghee is traditional milk fermentation route.

Ghee or heated clarified butter fat particularly that is prepared by traditional milk fermentation route, has good medicinal value which is completely lacking in butter prepared from other methods.

Ghee is a carrier of fat-soluble vitamins A, D, E and K, which our body needs in very small quantities but cannot make for itself. These vitamins perform many essential functions.

Similarly, the essential fatty acids, which cannot be synthesized in our body are also supplied by Ghee.

Such Ghee has been recognized as Indian medicine in Ayurveda. It is used in various disorders both externally as well as internally.

However such qualities are lacking in the butter oil prepared from the other two methods mentioned above.

Emerging scientific findings indicate that Ghee prepared from such method following Vedic instructions contains several components such as conjugated linoleic acid (CLA), sphingomylein, butyric acid, myristic acid and vitamin A, which have potential to inhibit the development of cancer.

In fact, Ghee is the richest natural dietary source of CLA, which has shown to inhibit carcinogenesis of colour, mammary tissue, skin and stomach. CLA present in Ghee is also known to have serum cholesterol lowering properties.

Compared to other fats and oils, milk fat (ghee) is easily digestible. Also the digestibility of Ghee is 99%.

Effect of Method of Preparation of Ghee: 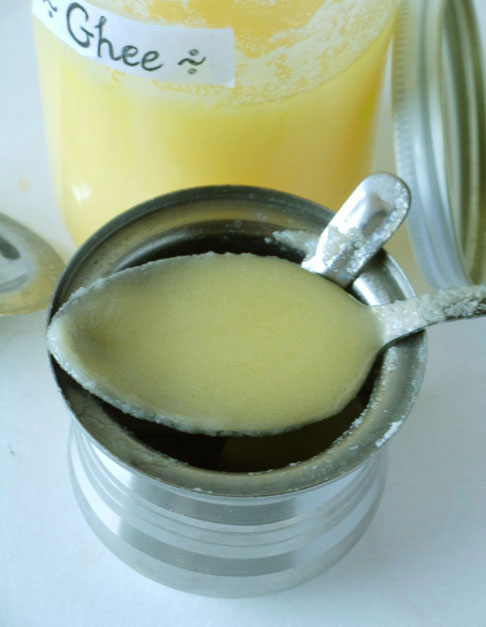 Adoption of any other method except that mentioned in Ayurveda for manufacture of Ghee affect the constituents like carotene, vitamin A and E and phospholipids. At each stage of processing during Ghee making, such as cream separation, pasteurization, butter making, some loss of carotene and vitamin A takes place, hence more the steps involved in the method of Ghee making lesser will be the percentage of these constituents and degradation of its medicinal and nutritive value. In case of indigenous method of Ghee making higher recovery of vitamin A is achieved because large amount of fat soluble vitamin A is transferred to the fat phase during souring of whole milk into dahi and subsequently during churning of dahi into makkhan.

Raising temperature to more than 125 C during manufacture of Ghee and storage of Ghee for prolonged period drastically reduces the vitamin A content and almost completely destroy carotene content.

The total phospholipid content of creamy cow butter varies between 75-218 mg/100g, which is higher than the values of 61-67 mg/100g found in cow makkhan (curd process butter). There is no loss of phospholipid on converting butter or makkhan into Ghee.

So the reader can decide himself now how important it is to follow the right procedure to make Ghee. 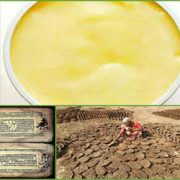 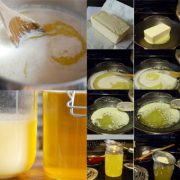 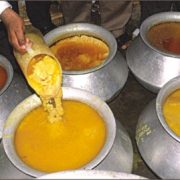